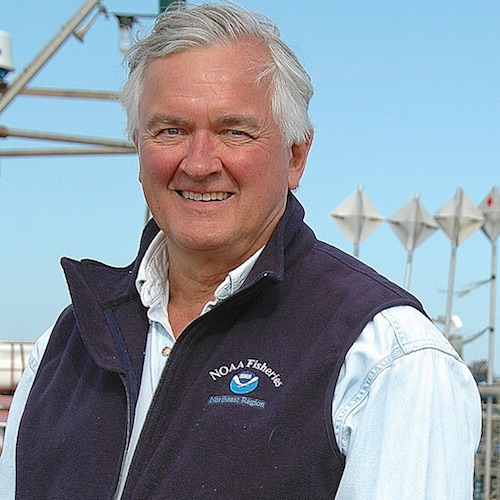 As Regional Administrator of the Greater Atlantic Region for NOAA fisheries – John Bullard helped manage 44 fish stocks, including scallop and lobster, which – according to NOAA are worth $500 million each.  During his tenure, Bullard oversaw efforts to reduce entanglements for marine life in the Atlantic Ocean and helped develop strategies to repopulate rivers in New Hampshire, Maine and Massachusetts. In 2016, John approved the Mid-Atlantic Council’s deep-sea coral amendment, which protected 15 deep-sea canyons totaling 24 million acres.  Additionally, and probably what many of our listeners will be familiar with is your work investigating notorious fisheries mob-boss Carlos Rafael. In episode 60 of Sourcing Matters John Bullard also shares some interesting stories about his roles prior to the Greater Atlantic Region at NOAA Fisheries. John Bullard (1) was past mayor of New Bedford, (2) he had a lead role at NOAA Sustainability within the Clinton administration, (3) he was past president of Sea Education Association, and as younger man he received a BA From Harvard and Masters in Architecture from MIT.  An engaging dude with some interesting stories to tell.  I hope our listening audience that are out on the water everyday listen to this conversation with John.  You’ll be especially interested to hear his POV, and to learn whose corner he’s truly in.   Tune-In