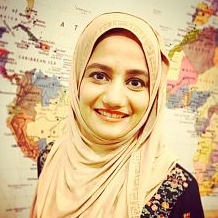 Former Minister of Social Welfare & Women’s Development in Kashmir, Farzana Yaqoob joins us for episode 9 of Sourcing Matters. An expert in international conflict resolution, Farzana has spent most of her lifetime fighting for stability in tumultuous environments.  Connecting social, economic and political stability to the Staples of Life – we learn how supremely populated regions with complex backgrounds are dealing with the realities of a shared planet and increased stresses on current systems already overwhelmed in sourcing enough water and food to just sustain. Farzana levers her recent appointment as a World Economic Forum “Young Global Leader” to discover and disseminate solutions to some of these most pressing problems set to plague an increasingly shrinking planet. From addressing the impending realities of climate refugees expected to top tens of millions within a decade, to providing eduction and water access to women & children in the developing world, to spreading the good word of “commonalities” throughout the global village – this Eisenhower Fellow is an agent of change committed to creating a world more peaceful, prosperous and just.  Follow Farzana:  @farzanaY1947

Full bio: John Della Volpe is the Director of Polling at the Harvard Kennedy School Institute of Politics, where he has led the institute’s polling initiatives on understanding American youth since 2000.  The Washington Post referred to John as one of the world’s leading authorities on global sentiment, opinion and influence especially among Millennials and in the age of digital and social media.  In 2008, he received an Eisenhower Fellowship for which he traveled extensively throughout China, Hong Kong, and Korea (including a supervised day in North Korea) studying Millennials; in 2011, he was appointed to the U.S.-Russia Bilateral Presidential Commission on Media.  John is also founder of SocialSphere, a Cambridge based public opinion and analytics company.  He serves on the Board of Trustees of iCatholic Media, the Ad Club of Boston and is a member of the Global Alumni Council for Eisenhower Fellowships.  John appears regularly on MSNBC’s Morning Joe and his insights on the Millennial generation are found in national media outlets in the U.S. and abroad, including the Daily Show with Trevor Noah.