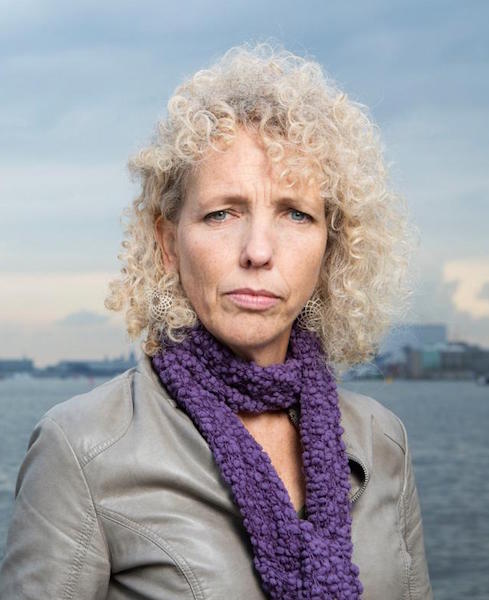 In 2019, there were approximately 4000 Greenpeace staff working for Greenpeace International and its offices around the globe, alongside tens-of-thousands more volunteers and passionate activists!  The co-ordinating body of Greenpeace International represents the collective actions of 27 independent national and regional organizations in over 55 countries and regions across Europe, the Americas, Africa, Asia and the Pacific. In our 45 minute discussion we cover how Jennifer and her global team makes sense of all of the moving parts.  We learn how the preservation of biodiversity is the lifeblood of Greenpeace’s activism.

We hear more about the lineage of the organization, and how Jennifer came to lead efforts with this world renowned ecologically focused juggernaut set on “ensuring the ability of the Earth to nurture life in all its diversity”.  We discuss where Greenpeace plays in the Paris accord, and how the United States should not just be re-entering the agreement, but lead in future efforts to define substitutive and quantifiable climate actions. A focus area of our conversation is the utilization and shepherding of regenerative natural resources. Specifically, with the production of food.  What humans eat from land and sea has a vast impact on the planet and its inhabitants.  In our conversation we explore how food values may materialize as a unique angle to drive environmental awareness with broader audiences.  How much of the global population can choose these food values as a way to take environmental action, 3-times daily.  We also explore concerns of food insecurity, for those who don’t have access to enough food or nutriment in the developing world and within some of the richest countries on the planet.  Food insecurity is real, and we learn what Greenpeace is doing to address impending problems throughout these diverse corners for often marginalized communities.   One thing is for sure, we can’t keep exhausting regenerative natural resources just to generate more calories that may never reach the target audience. It’s ecological suicide.

Jennifer Morgan became Executive Director of Greenpeace International in 2016. Formerly, Morgan was ‘Global Director for the Climate Program’ at the World Resources Institute.  Additionally, she was ‘Global Climate Change Director’ at Third Generation Environmentalism (E3G) and she led the ‘Global Climate Change Program’ at the Worldwide Fund for Nature (WWF).  She is passionate about helping countries, governments and individuals take positive action to achieve a zero-carbon future, and is a strong proponent of the need of companies to “go green” and invest in sustainable technologies.

Tune in to hear Jennifer’s thoughts on how antagonizing and instigating change has  set forth numerous efforts by Greenpeace to realize lasting impact on a shrinking planet.