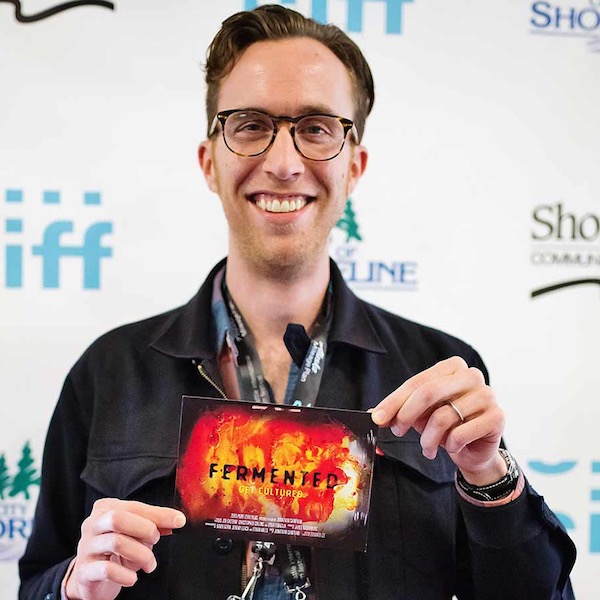 On Sourcing Matters episode 72 we welcome Jonathan Cianfrani – documentary & television producer/ editor/ director at Zero Point Zero Production. Over the past ten years Jon Cianfrani has travelled the world in pursuit of unique stories and creative ways to tell them.  He’s been involved in all aspects of capturing and curating these stories through documentary film and television.
. From episodes of Anthony Bourdain’s “Parts Unknown” and the PBS & Netflix program – “Mind of a Chef” – Cianfrani has been worked as a producer, director and editor for New York City – based – Zero-Point-Zero (ZPZ) production.  Most recently, Jon directed the feature documentary titled “Fermented” which is scheduled to air online in April 2019.   Hosted by Chef Edward Lee, the film poses the question: “What is Fermentation?” to chefs and artisans on the west coast, Chicago, and rural Japan.
.
Joining as co-host for this conversation is Jay Vilar – the founder and practitioner at ‘Nourish’ – a bespoke consulting company with a mission to educate, teach, and train people on the benefits of using food to heal your body and optimize your health.  Jay has always been on the forefront of using optimal health techniques, and bio-hacking his nutrition to achieve remarkable results in his career.
.
In our 40 minute discussion we learn more about what it was like to work with Tony Bourdain.   We discuss numerous food categories where cold-firing – or living microbes – are used to value-ad food stuff.  From beer, miso, bread, pickles, salami, kombucha, cheese and more – we hear from Jon about the combination of art and science used in fermentation, and how his recent film explores how these offerings impact our lives, our health and that of the makers.  TuneIn to learn more about this culture of food.