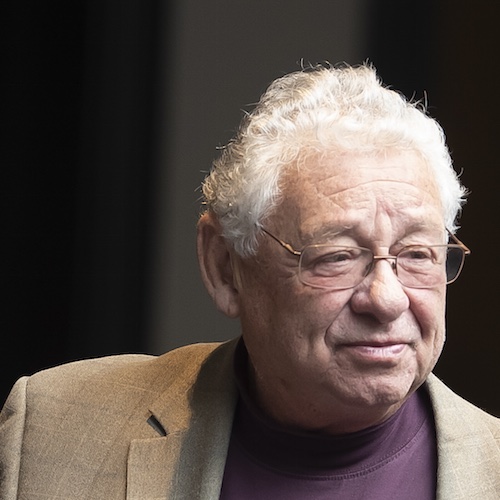 Dr. Alan Goldberg of the Bloomberg School of Public Health at Johns Hopkins University joins us for episode 54 of Sourcing Matters. Goldberg is a professor of Toxicology, the Founding Director of the Johns Hopkins ‘Center for Alternatives to Animal Testing’, and a Principal of the Berman Institute Global Food Ethics Policy Program. In 2007 he was appointed to the Pew Commission on the Impact of Industrial Farm Animal Production.

Goldberg has served in several Administrative positions at Johns Hopkins. He was The Associate Chair of the Department of Environmental Health Sciences, Director of the Division of Toxicology, and for 15 years was the Associate Dean at the Bloomberg School of Public Health. As a Dean, he was responsible for Research with specific responsibility for technology transfer, conflicts of interest, & work with the private Sector.
.
Ethics are: A set of moral principles : a theory or system of moral values.  Basically – “A guiding philosophy”.   Dr. Goldberg’s work over the last 50 years has reframed our perspective on ethics in food and animal management, and what the resulting impact means to each stakeholder.  In 2007, Dr. Goldberg served as a PEW Commissioner on the study of the Impact of Industrial (US) Farm Animal Production, on issues of public health, environment, animal welfare and social justice.  Listen-in and learn what Dr. Goldberg has to say about this monumental report which has reframed our approach to production and consumption of proteins, yet unexpectedly it’s had almost no impact on our public policy.  It’s been the consumer acting as the agent of change in adopting ethics on the plate.
. In early November 2018 Goldberg hosted The “ChooseFood” symposium in Baltimore.   It was a gathering to evaluate some of the core ethical questions of food and its production. Top brass speakers shared insight on ethics of in food labor, environmental impact, externalities, animal welfare, health risk factors & new tech – all were on the docket.  Coming it at from the food animal side It was a fascinating exercise for me to see how far we’ve come since the 2007 PEW commission report, what more needs to be done with food animal production, and how broad the aperture has grown to encapsulate ethics into our food and global production.
.

Joining again as co-host is Jennifer Hashley – founder of the The New Entry Sustainable Farming project, and Pete & Jen’s Backyard Birds on the renowned Codman Community Farm in the heart of Lincoln MA.
.
Tune-in for our fascinating 45 minute conversation about all things related to food ethics.

ChooseFood offered an opportunity to learn from leaders with a vested interest in food and how we produce it.  Hearing from these diverse stakeholders fighting a similar battle reminded me how much our food is so deeply intwined into family, beliefs, culture and society – no matter where you come from on the planet.  I left the symposium wondering if food ethics could be that common development language which would transcend many of the current differences we find in each other?   We’re so much more alike than different– could food ethics be a reminder if not the primary ingredient for this panacea? Not sure, but a goal to find some insight and codify better practices that harmonize us and our surroundings on a shrinking planet just seems like a good idea!