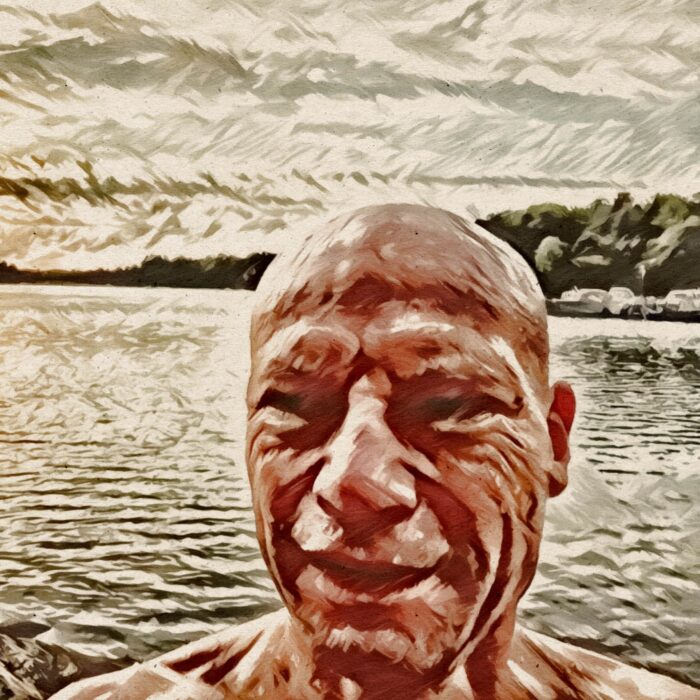 Forces of Nature is a talkshow miniseries featuring dynamic leaders from across food & environmental movements. Tune-in for a quick dose of optimism.

Water is a fundamental part of all aspects of life. Yet, today, 40% of the world’s people are affected by water scarcity; 80% of wastewater is discharged untreated into the environment, and more than 90% of disasters are water-related. And despite all of these real concerns – we still suck down 70% of available freshwater to lavishly manage antiquated cropping systems chock full of chemical externalities.

The long and short of it – we need awareness of the problems and more solutions for the vast water crises enveloping the planet. So, to find out what should be done to manage water better in the future – we’ve turned to the guy that the United Nations has asked to quarterback their once in a generation Water Conference happening in March of 2023. We welcome Henk Ovink to show.

How we all decide to consume will play a major role in eradicating pressing water concerns. Spurring on more awareness and incentivizing change in stakeholder behavior is ultimately what’s needed to evolve our relationship with nature. Food seems a logical place to begin taking action, and from my POV it’s all about good storytelling that’ll be the remedy here. Tune-in to hear what this Force of Nature has to say about the future of water and our shared future.   – Aaron

HOW HE GOT HERE

Henk Ovink was appointed by the Dutch Cabinet as the first Special Envoy for International Water Affairs in 2015. As the Ambassador for Water, Henk is responsible for advocating water awareness around the world, focusing on building institutional capacity and coalitions among governments, multilateral organizations, private sector and NGO’s to address the world’s stressing needs on water and help initiate transformative interventions.

Ovink is also Sherpa to the High Level Panel on Water, installed by UN Secretary General Ban Ki Moon and President of the World Bank Jim Kim with 10 Heads of State / Heads of Government including Prime Minister Rutte from The Netherlands, in a effort to catalyze change in water awareness and implementation. Henk is Principal for REBUILD BY DESIGN – an innovation competition that would forever change how natural disaster clean-ups look at resilience. Ovink is also a founding father of the Dutch-founded public-private partnership “Water as Leverage”.

A SUPERSTORM 10 YEARS OUT

In 2012, Henk Ovink was appointed by President Obama and the Secretary of HUD, Shaun Donovan, to become the special envoy of Water to the US. He was directly responsible for launching the HUD & Rockefeller Foundation funded program REBUILD BY DESIGN – a global crowdsourcing initiative of top designers and planners to pool the best ideas which would rebuild using federal resources after Hurricane Sandy. The program was such a success it reformulated the approach the US government used for federal payouts on natural disasters, and became the linchpin for “resilience” in infrastructure rebuilds following future incidents.

Lend an ear to hear what’s still happening with the clean-up efforts, and the new policy framework still in play a decade after Hurricane Sandy.

In our 35 minute conversation with World Water SuperAgent Henk Ovink we learn about some of the biggest issues that will need to be addressed in both fresh and sea water. After decades of experience, Ovink has come to the realization that water is leverage.  Currently, water is barely a commodity in most markets, but that worth will become invaluable for generations ahead. We hear how resiliency is the ability to bounce-back, and how we must embrace incidents of natural disasters to adopt changes in practice and mind-set and develop that capacity to bounce back. It’s not about building back bigger, but smarter.  It’s just too expensive to wait any longer.

Currently, 70% of accessible freshwater across the global is used for agricultural irrigation. In some regions that percentage tops 90%. Henk explains that 71% of the planet is covered in water, but only 4% is sweet (fresh) water, and only ½ % of that is available for our consumption. With more and more pollutants, sewage, runoff, forever chemicals and other contaminants clean potable fresh water is a valuable and scarce resource that we can no longer squander. Our process for growing food with antiquated agricultural practice is concerning in a world running up against planetary boundaries. Being Good Natured about wasting water just doesn’t make sense anymore.

“Water is connected to everything. As Ban Ki-Moon said, water is life! Without water there is no food, no energy, and no security. With poor quality water there’s biodiversity loss and human health issues. Billions of people around the world lack access to clean drinking water, and hygiene/sanitation facilities. An understanding for the complexity of all of these relationships and managing them across all sectors, disciplines and scales isn’t happening. Water management is just fragmented and often in a silo. That’s what we’re going to change.” – ep. 110 guest, Henk Ovink

The methodology and technology for sound water management behavior is coming online around the planet. Hopefully we can all start paying more attention to what Henk has to say, and use this call to action to get involved – in our own way – in dealing with something bigger than ourselves by being smarter for ourselves.

Here’s the WEBSITE that Henk recommends using to get involved with the 2023 UN Water Conference, now!

As part of the FORCES OF NATURE series, in this episode you’ll hear from inspiring folks making good things happen to benefit the world.